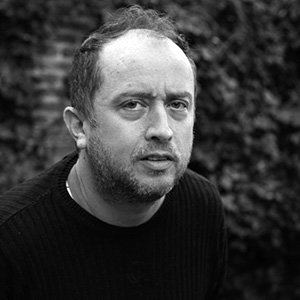 Ayar Blasco is the creator of ‘Mercano el Marciano’ together with Juan Antín, an animated series by Much Music. He made comics in under fanzines during the 90’s (Catzole, Ocean and Charquito, etc.). He is the author of the comic strip ‘El Niño Malcriado’, from which ‘Malcriados’ emerged, the production company with which he also made the animated feature film ‘Mercano el marciano’ co-directed with Juan Antin, and with which they participated in the Festival of Berlin, and they won: the audience award at the Sitges Festival and the special jury award at the Annecy Festival. Then alone he made another animated feature film ‘El Sol’ which premiered commercially in 2012 after touring festivals such as the Rotterdam, Warsaw, Torino and Pifan festivals, among others. He sporadically makes black humor and absurd animations under the pseudonym ‘Chimiboga’ on the internet. He was an associate producer on Nicanor Loretti’s film “Kriptonita” and director and animation consultant for various web series on channel UN3. In 2020 he finished his third animated feature film ‘Lava’ premiered at the Mar del Plata Film Festival and in official competition at Annecy. He is currently finishing his new animated series, ‘El Nuevo Show del Narciso’, which will premiere next year. 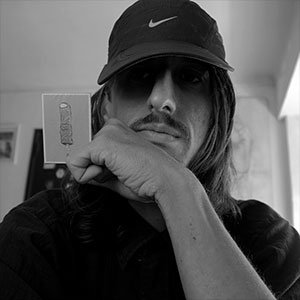 Sike is primarily an illustrator based in Buenos Aires, but also works in animation, comics, and visuals. His training has been mostly self-taught, if it can be said that something like that exists.

At the beginning of his career he worked as an illustrator, collaborating for some publications such as Le Monde Diplomatique (Argentina), Crisis Magazine, Rolling Stone, Fierro and Barcelona. At the same time, he worked making visuals and art for various musical projects such as Catnapp, Open Mike Eagle, La Renga, Potlatch and Vika Mora.

Since 2018, he has consolidated his place in the world of animation working as a long-distance runner in various projects, including Deportivo Baby, Yorudan District (Bellolandia), Summer Nights (Rudo Co.), At the Door (2veinte) and La Niña. and the Tsunami (AuraStudio). He also worked for studios such as Club Camping, Final Frontier, and directed and fully animated the video clip Impossible Words for the project Songs Drawn, commanded by Tute.

He self-published two books: El Teatro Lunar (2012) and Memoria Selectiva (2016) and participated in the anthologies Guiso de Terror and Deriva # 2. In 2019, together with Estudio Mafia, he edited his first graphic novel, titled Cartográfico, which won the Trillo Prize in 2022. 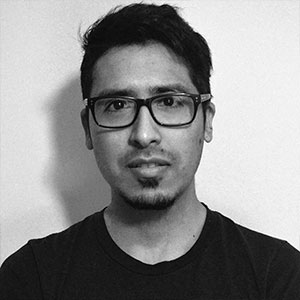 Ezequiel Torres studied comics in his adolescence with Silvestre Szilagyi and since then he has been a fan of the art of storytelling. He graduated as a Graphic Designer at the UBA and a few years later began his career as an Animator in studios such as La Posta, Flamboyant Paradise and 4 Humans. In 2015, together with Pablo Roldán, he founded Rudo Cpmpany and since then he has collaborated as Director and Animator in video clips and numerous commercials for brands such as Adidas, Nike, Apple, and more. 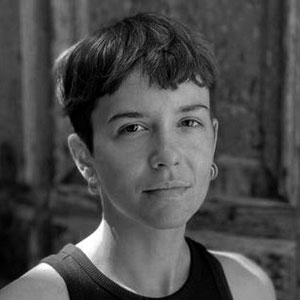 Florentina González is an independent animation director. She studied at the National University of Arts and the Davinci School, where she was also a teacher.

During 2021 she attended the Film Program at ArteDiTella.

Her thesis short film, ‘Trompita and the migration of the hares’, was premiered at BAFICI. She and then she toured festivals such as Chilemonos, Los Premios Quirino and GUFA-Hong Kong. 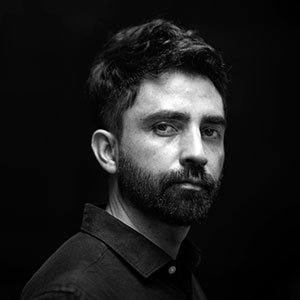 Hugo Covarrubias is a graphic designer and audiovisual director specialized in stop motion animation. Founder and director of the theater company Maleza, pioneers in mixing theater with animated films, where he co-directs the works “Maleza” and “Un Poco Invisible”, which have been staged in France, the Czech Republic, Colombia, Venezuela, Argentina. , Costa Rica and the Dominican Republic. He is the director of the animated short films “El Almohadón de Plumas” and “La Noche Boca Arriba”. He has also served as director of Stop Motion at Zumbastico Studios, where he has directed animated series such as “El Ogro y el Pollo”, “Horacio y los Plasticines” and is co-creator and director of the series “Puerto Papel”, a co-production with Brazil, Colombia, Argentina. He currently works as a teacher and in June 2021 he finished his third animated short film “Bestia”, premiered at the Annecy festival, France, winning the Prix Festivals Connexion, Best Latin American Short Film (Chilemonos), Best Animated Short Film (FIC Guadalajara, Mexico). ), ANNIE Awards Best Short Subject, Best Animated Short Film at Clermont Ferrand, Grand Prix at Stuttgart, Firebird Award (grand Prix) Hong Kong and was nominated for a 2022 Oscar for Best Animated Short Film. 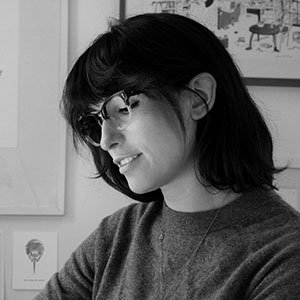 Julia Pott is an award-winning British animator and illustrator known for being the creator of Cartoon Network’s ‘Summer Camp Island’, an Emmy and GLAAD nominated series. Her visual, narrative and atmospheric style influenced an entire generation of animators and illustrators. British-born, Los Angeles-based Julia graduated with an MA in animation from the Royal College of Art and her films have screened at festivals around the world, including Sundance, SXSW, Tribeca, Ottawa, Telluride and Annecy. . Her illustrations and animations are hand drawn and engraved with a perfectly imperfect texture quality. Though her style has evolved over the years, what remains constant throughout are her free-flowing monologues, children’s book sensibility, and her lovable offbeat storytelling. 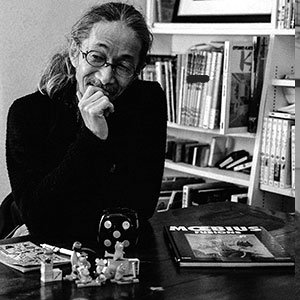 Kōji Morimoto was born on December 26, 1959 in Wakayama Prefecture 🇯🇵 In 1989, he assumed the roles of background designer and second head of animation in nothing more (because it doesn’t exist) nor nothing less than ‘Akira’, by Katsuhiro Otomo . That same year, Morimoto initiated his activities as a founding member of Studio 4 ℃, a collective of filmmakers focused on animation. In 1995, the shocking music video Extra (feat. Ken Ishii) quickly became a trend and topic of conversation in the world of animation, forging legions of enthusiastic fans around the world. In 2011, after being involved since its founding and guiding all the company’s works under his creative direction, Morimoto decided to leave Studio 4°C to take on new challenges. Currently, Morimoto chairs a new creative team called Φphy. There he serves as Executive Art Director and focuses not only on animation production, but also on many new projects outside of the anime realm. As a creative visionary, Morimoto is actively involved in international art projects involving art direction and commercials for corporations, interior design, and product design, among many other things.

Marina Díez 🇪🇸 is a multi-award winning game designer specializing in emotions and film director currently residing between Berlin and London. Marina is CEO of her own studio 3ofcups Games,

focused on the development of interactive emotional experiences. She is also Lead Game Designer for the game ‘Dordogne’ from the French studio Un Je Ne Sais Quoi Studios. Among others, Marina has been recognized by the American magazine Forbes in its Forbes 30 Under 30 2021 list, she has been the winner of Game Dev Heroes 2020 and the winner of the IGDA Velocity 2019 scholarship. She also collaborates as a journalist for different media since 2010 and in 2017 she founded the video game magazine Terebi Magazine, managed only by women. 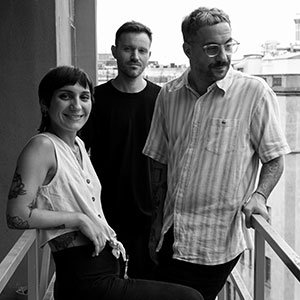 Niceshit is a creative studio based in Barcelona specializing in animation and with a passion for synthesis, humor and clever storytelling. Founded in 2015 by Carmen, Guido & Rodier, they have earned a name in the industry over time for their particular vision and sensitivity to tell stories, whether for big brands, charities or personal projects. Their love of character design, vibrant colors, and humorous narratives often find their way into the stories they tell, be it for social media, television, or public air. Some of the clients they have worked with in recent years: MTV, Bose, Coca-Cola, Airbnb, Amazon, Google, Primavera Sound, Spotify & Volkswagen. 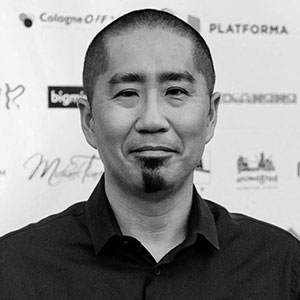 Motomichi Nakamura, a graduate of New York’s Parsons School of Design, is an award-winning designer, mapping artist, and animator now living in NYC. His work is known for the use of black, white and red and creates monsters with minimalist graphic elements. Growing up in Japan when he was a child, he used to imagine that there were monsters everywhere. They could be hiding anywhere or anywhere in the house and could be enormously large or microscopically small lurking in plain sight. As an adult, he became fascinated by mythical and cryptozoological monster stories that he says are visual representations of our fears and are terrifying, but can be kind and sometimes even sweet at the same time. Moromichi exhibited around the world in numerous museums and galleries, including the New Museum in New York, the Winzavod Center for Contemporary Art in Moscow, MARCO in Monterrey Mexico, Olympia Park Munich, Maison de la culture du Japon à Paris, La Gaîté Lyrique , among others. His animated films toured the Sundance Film Festival, the Onedotzero Festival and the Edinburgh International Film Festival, and his recent film “Okami” won the Leeds International Film Festival. Commercially, he has worked for clients such as EA, MTV, USA Networks and Sony and has produced music videos for artists such as Nicola Cruz and the Swedish band The Knife, bringing him international recognition. 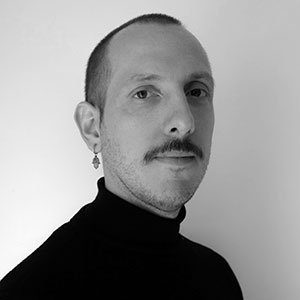 Rare Eye is one of the production companies that most interests us because its content invites us to reflect on animation and its cultural implications. They produce animation for adults, focusing on challenging and disruptive content, with a queer and sudaka look. It is made up of authors from the economic south, in particular femininities, sex-gender dissidents and other minorities historically neglected in roles of authorship and direction. Queer Eye looks at the monstrous, the anomalous, the crooked, the silenced.

Made up of Patricio Plaza and Paula Boffo. 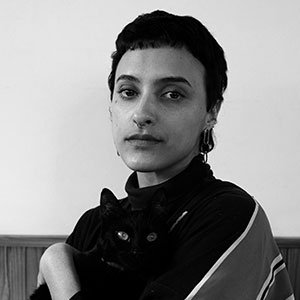 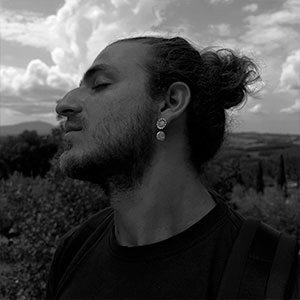 Raman Djafari is an illustrator, animator and director based in Hamburg, Germany. With training in illustration and design, he ventured into animation, film and video clips. Through his work he tells both surreal and fragmented narratives that explore the human condition. Its vibrant color palettes and distinctive character designs and backgrounds defy the norm. Music is a huge influence on all of his projects, in part because of the way he can so easily transition from atmospheric abstraction to narrative content. Among other works, he made video clips that toured the world, like the last one for Elton John and Dua Lipa, ‘Cold Heart’.

SEE ALL THE PROGRAM HERE